Home » Travel & Leisure » What to Expect of Traveling to Japan

What to Expect of Traveling to Japan

Japan has become one of the most favorite travel destinations due to its distinctive culture and lifestyle. People are drawn to really experience what it feels like to be in Japan even for a while. Traveling to Japan also often leaves people with high expectation. 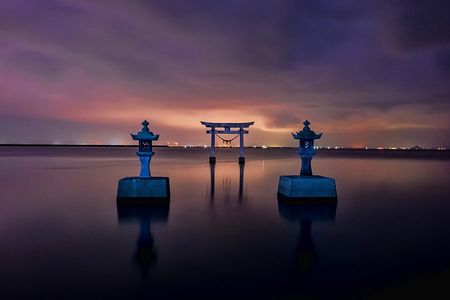 Japan has image that makes people has strong belief about what to expect when they arrive in the Land of the Rising Sun. Japan is unique country where the people still hold dearly the old culture but don’t hesitate to be familiar with technology.

Expectation of visiting Japan for the first time

You might have had your own picture about your expectation regarding to Japan and daily interaction between the local and tourists. Here are things you should know about traveling to Japan and what to expect from it.

First thing you have to know is just because they hold deeply their old culture doesn’t mean you would be an outcast from being a tourist. People won’t just stare at you and give you trouble.

You can go from one place to another and explore the city with ease. Japanese are polite, friendly, and a little bit straightforward. In fact, you will meet even friendlier elderly when you explore countryside. They often offer tourists a drink that you can gratefully accept.

However, you can just move on if you find a place is unwelcome or gives you weird feeling.

Language barrier is also something that most travelers are concerned for when it comes to spending time in Japan. Many people thought that Japanese is impenetrable language. However, it is not entirely true.

Most students and young people you can find in the city can speak basic English. In major towns, you can also read signs in English. If you explore to rural area, it might be hard to find people who can speak English. However, don’t hesitate to ask for help if needed because they are friendly and helpful.

With how technology has developed, you might think that every transaction can be done using only card. However, most small shops and restaurants in Japan only accept cash. Thus, you need to bring enough cash when exploring around the city.

Last thing I want to inform you is that unlike many other countries, the transport in Japan really runs on time. Besides, the passengers are mostly quiet. You can also rely on city maps transit to guide you to the right direction.

It may look confusing at first but you will get the hang of it in no time. However, you might get difficulty during ticketing. Just ask for help form the staff if you find it difficult to understand how the ticket machine works. Many of them can speak English.

It is also recommended to not get into a train during rush hour if you don’t want to be stuck in the crowd.

← An Experience of How Internal Links Help My Site’s SEO Overcoming Fear of Sailing in Komodo Cruise: A Personal Journey →