Dive enthusiasts are no stranger to the place known as Raja Ampat. It deserves its name as a hidden paradise. Is Raja Ampat among your bucket list as a traveler? 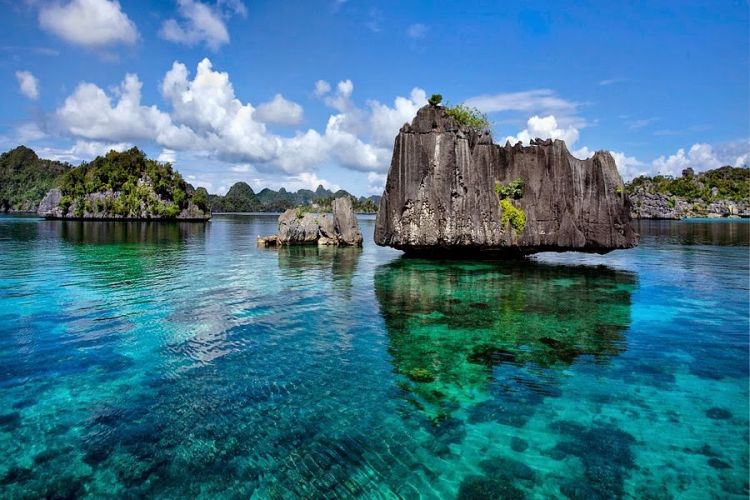 Just getting to Raja Ampat currently took a whole day out of your trip. And that’s when you’re already in Indonesia. Bali or Jakarta, to be precise. If you’re landing at other places in Indonesia, then it may take longer or quicker, depending on where you land.

Peace, tranquil, unspoiled lands. Because of the remoteness of Raja Ampat, the place is truly the embodiment of pristine. If you’re coming to Indonesia for its white sandy beaches, then Raja Ampat is one of the best places there is, and more. But because it’s just so difficult to get there, Raja Ampat until now has not faced mass tourism. Once you get there after the lengthy journey, you’re going to feel as if the place is yours alone.

A haven for over 70% of the world’s marine life

Marine biodiversity in Raja Ampat is simply extraordinary. Dubbed as “The Crown Jewel of the Coral Triangle,” Raja Ampat is beyond rich in marine lives. Simply put, Raja Ampat’s underwater scene is the most incredible there is on earth.

It’s been discovered that around 75 percent of marine lives known to humans exist in Raja Ampat. Approximately 3,5 million ha areas are protected by the government. There are over 1,400 species of coral reef fishes in the area alone. The term paradise on earth is not an exaggeration. However, the marine life in Raja Ampat is not without threats. The threat of mass tourism is one of them. Which is why the remoteness of Raja Ampat is a good thing.

You’re going to need a permit to enter

Ouch for more extra fees. But again, like the difficulty in reaching this place, this is actually a good thing. Raja Ampat marine biodiversity is a part of priority for both Indonesian national and global conservation.

Depending on your mode of travel, it may already be included in the whole package of your tour. For instance, if you’re going by liveaboard, diving groups, and other group or private tours, then you likely won’t have to worry about this fee.

The permit is another step to deter the harm mass tourism would always bring eventually. The good news is, the money is going to be used to fund the conservation effort. Conservations in Raja Ampat is among the global as well as national priorities.

If Raja Ampat is attacked by streams of mass tourism, it will eventually lose the charm that attracts people in the first place. And by then, it’s too late to reverse the damage. It’s going to take decades to restore the place if it is spoiled by human hands through mass tourism.

As mentioned previously, the funds from the entry permit is going to be used to help fund the conservation effort. So the extra fees you spent is not for naught and they’re going to go to a good place.

← Best Scuba Diving In Bali For Beginners, A Perfect Holiday To Learn Dive Vacationing In Seminyak Villas Is Considerably Important, Here’s Why! →