Exploring and Researching The History of Dragon Village 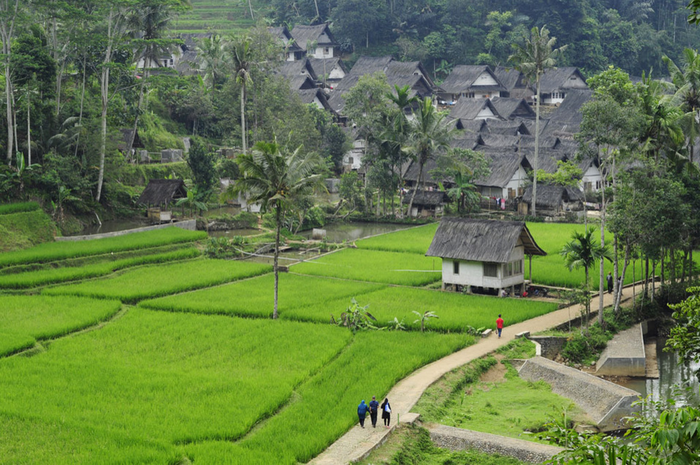 With conditions that are still primitive, they live in large trees to avoid attacks of wild animals such as lions and others. When you see the condition of the dragon village now, their house is made of wood and is in the form of a stilt house. Although not as high as a stage house in general, the floor of a house is above 1 meter above the ground. While under the house floor, they maintain several types of livestock, especially chickens.

According to the story, in the 16th century, there were power problems in the Kingdom of Galunggung. When the turbulent decline of the throne, Prabu Rajadipuntang managed to escape by carrying a number of royal heirlooms. The king then found an estuary located between the Cikole River and Cihanjatan River. Prabu Rajadipuntang then shared the royal inheritance with each of his sons.

“Eyang Singaparna” get the legacy of “kabodoan” (ignorance). With this knowledge, “Eyang Singaparna” gets the peace of life in order to be able to hide in a bright place. In his journey to find the modesty of life, Singaparna arrived at a place that was considered safe and quiet, a valley at the height of the Ciwulan River. A fertile and beautiful valley surrounded by hills which later became Dragon Village.

To reach Dragon Village takes 1 hour from the city of Garut. typical house layout and architecture, shortly before entering the village we have to report first and here there is no signpost of the Tourism Village.

Dragon Village is a traditional village that is still sustainable where the people still hold the traditions of their ancestors. They even refused investment from outside parties if it interfered and could damage the sustainability of the dragon village.